Horrible Easter – 2 Girls Murdered By Their Own Father 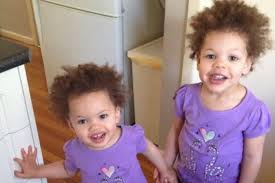 A father allegedly murdered his two daughters, Savannah (4) and Indiana (3). The kids had been at their great-grandmother’s home in Watsonia for a family gathering, when the incident occurred at around 2:40 in the afternoon.

Charles Mihayo, 35, has been charged with the murder of his two girls. He is now in custody to appear at the Melbourne Magistrates Court today, April 22.

The mother of the 2 poor girls, name withheld, said: “We are utterly devastated at the loss of Savannah and Indiana. The girls will forever be missed, loved and never forgotten.”

“We ask that the media, please respect our privacy and allow us time to grieve.”

Mihayo and the kids’ mother had recently separated, according to sources.

The details of the murder have yet to reveal. Police can’t provide details of any injuries.

A neighbor named, Linda Bassiere, said that she heard  a chilling scream during the Easter celebration  at the girls’s great-grandmother’s  house, just right before the police arrived.

Homicide Squad officers are still investigating the murder case and returned to the scene and continue to gather more information from the neighborhood.

“This is a tragic set of circumstances that has impacted on the family, and there were a number of family members here at the same time,” said Assistant Commissioner Andrew Crisp at the scene.

The shocking deaths have rocked the local community. It is known that the area is such a quiet and family oriented community and neighbors still cannot believe that it has happened. Nobody from the neighborhood can imagine something as tragic as the death of 2 girls can happen in a quiet suburban street.

Some neighbors had a hard time comprehending the incident that is causing them to feel sick.

According to the Police, there were a number of family members at the home at the time the gruesome attack unfolded.

The tragedy had moved a lot of people to tears, including the Police and other emergency personnel.