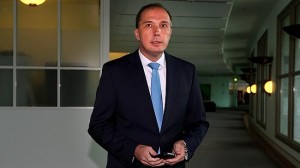 A $6 GP co-payment made labor worried that would discourage Australians from seeing a doctor, however, Health Minister Peter Dutton insists that it is something the government can’t afford to provide free services to those who can outlay more.

Despite reports the disbursement review committee might introduce the co-payment in next month’s budget, Health Minister does not comment on budget speculation.

“I’m not commenting one way of the other on the budget speculation,” Mr Duttion said in an interview at Parliament House today.

But he objected that the government cannot guarantee Medicare is sustainable by offering services for free to those who can afford to spring.

Health Minister told reporters that people making more money in a year should not be expected to go to the doctor at no cost. He added that it is a reasonable question to ask, hence strengthen Medicare without having to give free services in hundred of millions annually in a country like Australia.

“It doesn’t seem to me to be just that if I go to the doctor that my consultation should be free. I should of course make some contribution to that,” Mr. Newman told ABC TV.

He said that there should be basic safety net and he didn’t think that anyone would disagree and that his safety net is different  from other’s safety net.

It is also reported that the $6 GP co-payment won’t exempt anyone and that includes Seniors. If by any chance it will be pursued without the proposed goals to exempt the seniors and chronically ill patients, this will make the seriously ill to deter from seeking medical advice when required.