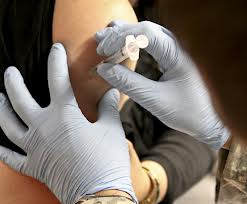 Measles alert in Brisbane’s Southside after a man was diagnosed with the infectious disease. Health authorities said that the infected man was last seen in the Underwood Marketplace shopping center between 9 AM and 11:30 AM last Thursday.

According to Public health physician Dr. Kari Jarvinen, Logan and Brisbane’s Southside residents should be watchful for symptoms and people who were at the shopping centre around the said time should immediately seek their doctors.

Signs of measles symptom would be a red, spotty rash accompanied by fever, cough, and runny nose that usually appear 10 days after infection.

Dr. Javinen said that with the amounting number of people that were potentially exposed to the infectious disease, further cases could merge in Brisbane over he next few weeks.