Gurbaksh Chahal, an Indian-born Silicon Valley whizzkid CEO found guilty after he brutally attacked his girlfriend. Mr. Chahal has been fired from the company he founded after pleading guilty to charges of beating his American partner.

It has been reported that Mr. Chahal hit his girlfriend, name withheld, 117 times in a row over infidelity speculations. He accused the unnamed woman of selling her flesh to other people. 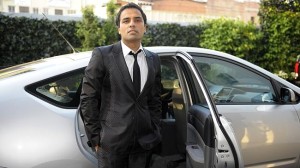 The incident was caught by a surveillance camera, but the court in San Francisco prohibited the release or use of the said film as evidence.

Gurbaksh Chahal is a “serial entrepreneur” who became a shooting star in the tech industry by establishing and selling two advertising firms for $340 million when he was just 25 years old.

Chahal said he has been getting death threats and enfolded his ethnicity was a bestowing factor to the animosity against him.

His company, RadiumOne, had faced and getting calls to dismiss Chahal after his sentence. His company makes media buying software and the board vote has been announced to fire him.

“There is a difference between temper and domestic violence, and the truth of what actually happened is no where close to what the police claimed nor anywhere near what the online chatter and pundits are now making it out to be.” “having unprotected sex for money with other people” and acknowledged that his temper “got the better of me”, Chahal strongly defended his reputation in a blog post entitled “Can You Handle The Truth?”