Man Killed His Wife For The $1 Million Life Insurance Policy 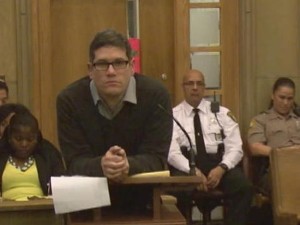 Michel Escoto, 42, tried to drug and drown his 21 year old wife, Wendy Trapaga in a hot tub in Miami in 2002. 12 years after his wife of four days was beaten with a tyre iron to death. He was found guilty of killing his wife so he could claim Trapaga’s life insurance policy amounted to 1 million USD.

Escoto was reported that he took his wife to Miami’s warehouse district after he unsuccessfully killed her in the hot tub where he strangled and trungeoned her with a tyre iron.

The suspect was found guilty and had taken the life insurance policy on the victim few days before the murder happened. Escoto’s ex girlfriend, Yolanda Cerillo, testified to the jury in exchange for immunity from prosecution. She was present where the crime happened and helped plot her murder.

“Truth triumphs over lies”, Trapaga’s mother, Myriam Benitez said. “God accompanied us throughout this whole process. May she rest in peace.”

Assistant state attorney Gail Levine was very pleased with the decision made by the jury to find Escoto guilty.

Escoto brutally took his wife’s life for money. He will face a judge on the 7th of May for his sentence hearing, but with his verdict, he will be sentenced a life imprisonment without parole.