Mum At 12, The Youngest Mother In UK.

Last weekend, a girl at the age of 12 and 3 months, gave birth to a 7lb baby girl. She has now become UK’s youngest mother. She got pregnant at the age of 11 and was in the 7th grade. Meanwhile, the father, aged 13, was a 9th grader from a different school.

The new parents, names withheld due to legal reasons, have the lowest combined age of any British parents in history. 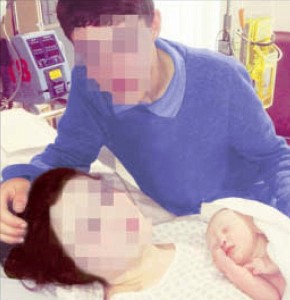 teen parents were in a relationship for more than a year now and according to sources, these two were “totally in love” with each other and taking the relationship seriously and plan to bring up their new born child together.

The young mother’s mom is now a grandmother at the age of 27. She was a teenage mom herself that is why they supported her child’s pregnancy and stood behind them.  Both sets of grandparents have been very supportive of the young parents, but dismissed the plan of marrying their kids, which they think of it as ‘nonsensical’.

The young mother, who lives with her mother, was hoping to return school this September. The father of the young mother, says the situation is ‘heartbreaking’ but that both families are offering nothing but support.

We do not have the right to judge, but the mother could have taken her experience and prevented it from happening  to her child. Becoming a mother is not that easy, most especially when you are still so young.  She could have protected her daughter from having the same fate as her.

It’s good that they did not get rid of the baby, but the mere fact that she is still 12, she has not developed into an adult yet. It will affect her baby’s growth as well as the development.

It would be best to keep the young mother away from the father  for a while to prevent them from having  another child. These kids should be in school, working out for their future so that they can provide their child’s needs. The new grandparents can lead and guide their kids this time while they can.