Hi-tech sensors are now being developed to prevent from getting the children killed in driveways. The sensor will automatically trigger car brakes, if an object is detected while the driver is reversing at low speed. 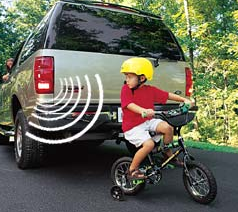 The sensor will be used to create a zone around the car that alerts when there is a moving object while reversing.

It has been already indicated by a local car manufacturer that the hi-tech sensors are  expected to roll out across Australia late this year.

Mark Jackman, a Regional President, chassis control, said that the incidents were “horrific” and the hi-tech sensor would help reduce the statistics of deaths and serious injuries.

A Victorian coroner transmitted summary findings into three toddler driveway deaths between February and June 2011, ­describing them as “alarming”. 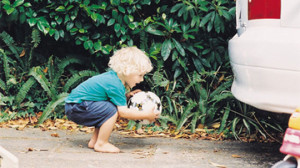 Boys aged 19 months and 14 months were killed by their fathers unintentionally when they backed into their homes to park while a 17 month old boy died after being run over by a neighbor who was under he influence of illegal drugs in a shared Chirnside Park driveway.

RACV vehicle engineering manager Michael Case urged all car makers to add the reverse braking technology in all their manufactured vehicles. He said that it is something that has good potential to save lives and preventing from the erupting number of children being run over.