Is The Budget Pain Will Be Australia’s Gain?

Joe Hockey is sharing the pain deficit levy that will be arranged according to your income bracket. Those high income earners will pay significantly more than other taxpayers. 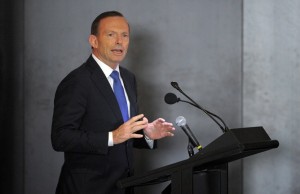 Tony Abbott also confirmed in a speech to the Sydney Institute that aged-pension thresholds would be stretched, indexation scaled back and an assessed Medicare payment.

The Prime Minister flagged that school leavers will be contradicted easy access to the handout and would be forced to study or work under a budget welfare with severe measures.

Good news though, with tough measures to cut spending and this tax levy, Mr. Hockey declared that the deficit will be eliminated eventually. This means the levy is only applicable for four years.It will be terminated either year 2017 or 2018.

The government has shown tight measures on the spending side of the pool. The deficit levy is raised to guarantee the cost of rebuilding deficit where highest earners will most likely contribute more, this does not only fall on people earning low and in need of budget assistance but by those earning taxable incomes.

To top it off, the great amount of taxpayers pays the Medicare levy of 1.5 percent of their taxable wages, however, an increase of 0.5 percent has been lifted.

The new tax will be assessed in the Treasurer’s first Budget on the 13th of May.