It’s been on the news that most teenagers in South Australia are into “Sexting” – Teenagers are taking explicit photos on themselves from  their mobile phones and send it to someone they like on social media. 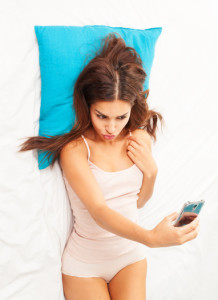 It’s sad how technology influenced the teens the wrong way these days. They would send the explicit photos and videos to their friends and perceive the illusion of privacy. We thought we were sending it anonymously to those we send data to. We believe that the people we send to will respect our privacy not knowing that it’s just all a pipe dream.

Again and again, young people would do lunatic things such as sending nude selfies and videos to their perceived friends only to find out that once sent, these things are available to the entire world and would be definitely pretty difficult to retrieve.

Too many teenagers have committed suicide, drug use, suffered from depression and other attempts to escape the consequences of the wrong choices made in a moment of infirmity especially  after getting bullied online.

Just like the case of Amanda Todd, a Canadian grade 10 student  who used video chat to meet new people. She was convinced by a stranger to bare her breasts on camera. The individual eventually  blackmailed Todd to expose the photo to her friends, unless she gave a live show.

She had suffered depression, self-harm, cyber bullying  and struggling.  She created a video on YouTube about her story where she uses a series of flash cards to share her experiences about being bullied. Todd committed suicide by hanging herself. The video went viral after her death in October of 2012 resulting to international media attention.

Some parents thought that providing their kids the latest gadgets would make them getting appreciated. These gadgets are giving them the access to create a social media account. Some kids these days would post their school/personal/family issues to their social media accounts instead of sharing them to their parents.

Like any other powerful tools, parents should need to carefully monitor their kids, teens or young adult’s media activities. Parents should teach them how, when and under what consequences and effects would they get when using social media.

It’s our responsibility to do the best as parents to keep an eye on our children and protect them. There are so many predators on the loose everywhere, including social media.  We can guide them until they will reach the level of maturity to make wise decisions.